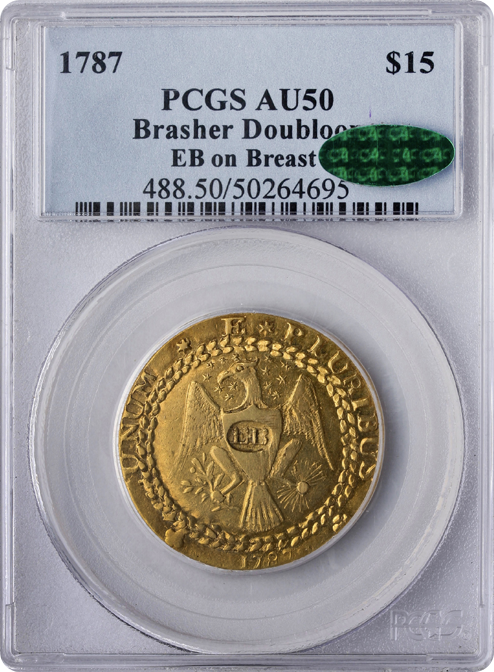 Considered the “Holy Grail” of our industry, according John Albanese, founder of CAC (Certified Acceptance Corp.) The 1787 Brasher Doubloon is the single greatest coin in American Numismatics. The “Unique” EB on Breast Doubloon is considered the “First” gold coin ever struck in the United States of America.

There are seven known examples of the Brasher Doubloon with six of those coins having the EB punch on the eagle’s wing and this Unique specimen with the EB on Breast. The story of this coin is remarkable, most likely handled by George Washington, Thomas Jefferson and Alexander Hamilton. The coin was struck in New York City, on Cherry street where Brasher resided just doors from George Washington.

There is no doubt that this coin is PRICELESS and could even be the first coin to reach $100 Million in the future. However a coin like this should be on display for the world to see and we are working on doing just that.

Sherid, PCAG’s founder, has said it’s an honor to have handled the greatest coin in America.

The TEN DOLLAR GOLD PIECE (referred to as The Eagle) was first struck in 1795 with the TURBAN HEAD DESIGN and continued until 1804 when production of it was suspended.  For thirty-four years there were no ten dollar gold pieces.  In 1838, the eagle reemerged with a new design, the Liberty Head.

The Proof Eagle of 1838 is the rarest Proof Eagle in existence with a record of only three coins struck in Proof.  One of those coins resides in the Smithsonian, another in a private collection in California and this specimen, the finest of all three. PCAG, Inc. sold this ultra-rare 1838 Proof Eagle in 2015 for over $2 Million and then again in 2018 for just shy of $3 Million netting a profit in the hundreds of thousands.

Only two people in the world can own this variety of the 1838, an Ultra Rarity.  The 1804 (4 coins struck for presentation pieces) Proof Eagle was struck in 1834, making the 1838 the first true Proof Eagle and the first one to be struck in the year of issue.

The 1838 is truly the greatest Proof Eagle of all time 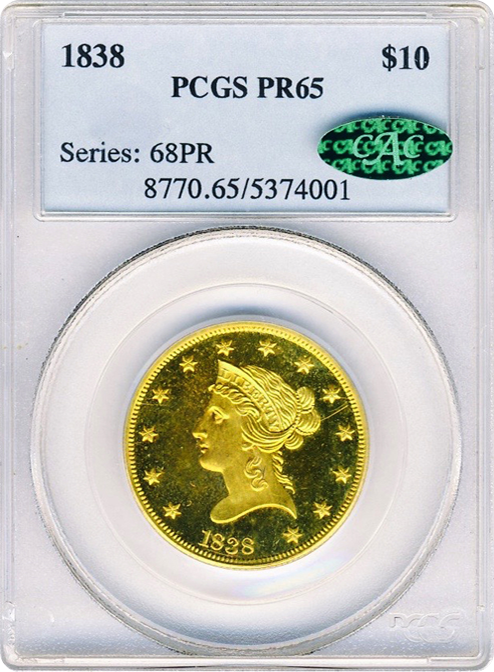 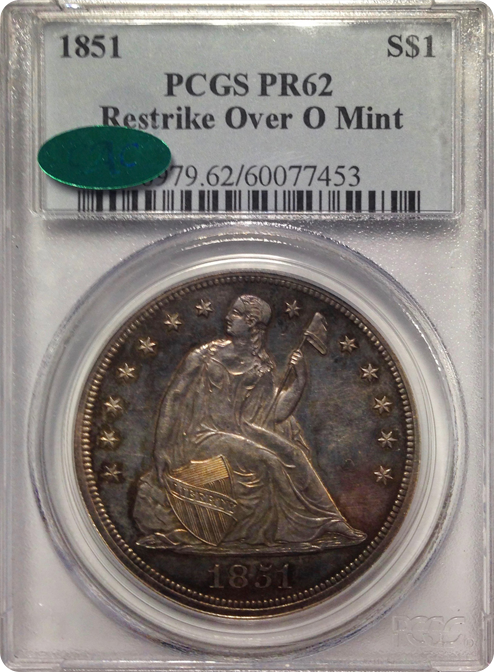 The Unique 1851 Over “O” mint mark Proof Liberty Seated dollar is the rarest of it’s kind. PCAG, Inc. brokered this coin in 2015 to a private investor. Previously in 2008, this coin sold in auction for $374,000. For more information please see the article in the “NEWS” section.

In 2017 we re-sold this amazing coin for a profit for our client! 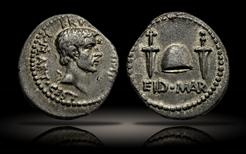